Congress also introduced a new “portability” provision.  This is where one spouse can add their deceased spouse’s estate tax exclusion to their own exclusion, to shelter more from taxes. This portability provision, also known as the “Deceased Spousal Unused Exclusion Amount” can be used to shelter the assets of the surviving spouse.  While intriguing on the surface, under current law this portability tax benefit only happens if both spouses die in 2011 or 2012.  If either spouse hangs on until 2013 or beyond, there is no portability option available. Therefore, unless both spouses plan on passing away during those two years, creating an estate plan is still essential. Contact our office to learn more about how the portability provision could affect your estate plan.

While planning to minimize or avoid estate taxes is certainly an important reason to meet with an estate planning attorney, creating an estate plan is about much more than protecting your beneficiaries’ inheritance from estate taxes.  Planning for your estate and your legacy can protect your beneficiaries and the assets you leave them from their creditors, a future divorce, and even their own misjudgment. Estate planning is also about providing protections during lifetime, such as avoiding a guardianship or conservatorship proceeding if you’re incapacitated and protecting your nest egg from the possibility of an extended stay in a nursing home.

There's a lot that goes into setting up a comprehensive estate plan, but with our FREE worksheet, you'll be one step closer to getting yourself and your family on the path to a secure and happy future. 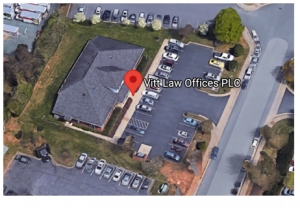